I have recently completed some projects to present it in contests. Costing independently a new project is very complicated, with 4232 the only computer I could buy was very limited. So I began to formalize some project to make them feasible within the industrial art model, not only thinking of my ideas, but structuring them in the three acts and clearly marking the inciting incidents and dramatic turns, it is not that 4232 does not have them, but the first act is very dilated and the third act is type “Deus ex machina”, and in the structure that is handled by television and cinema. 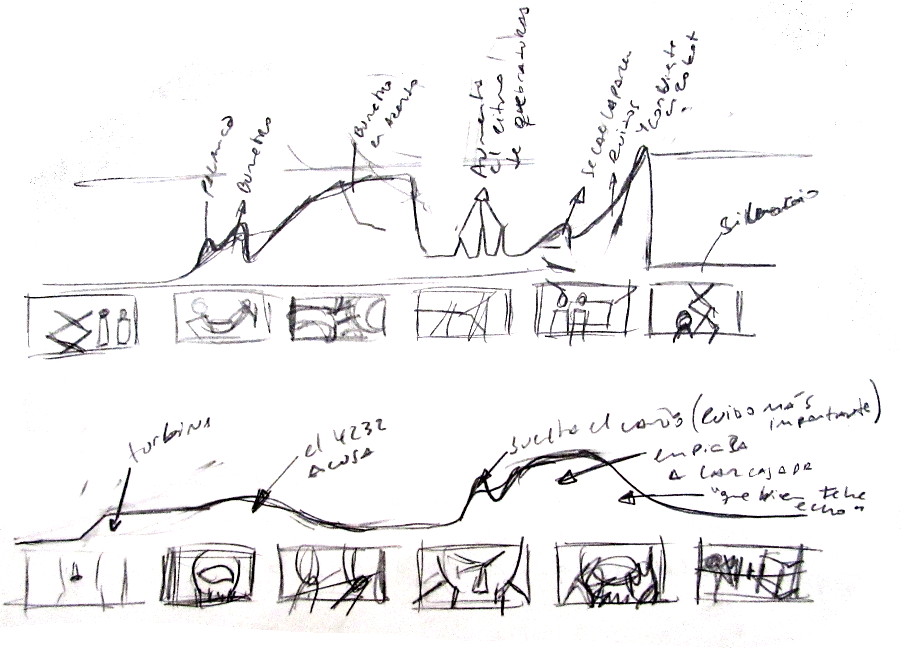 Initial planning of the third act of 4232

Personally, I prefer to make a storyboard very fast, and to graph the actions with curves, so I planned 4232.

But at the professional level the board is more stylized, one of the methods I approve is to divide the board into 4 parts, dividing the second act into two parts. Ideally in each part there must be 10 cards. The division of acts produces the grammar spin and the center of history should be the moment when everything starts to go wrong to our protagonist.

Why 40 cards, because approximately this is the dramatic scenes of a movie. Personally I like to think that a film, a chapter of a series, a short story is like a short story, you can’t count too much and limit us is good.
Once this one can just write. The good thing about cards is that you start with an idea of a shot or a vague idea. 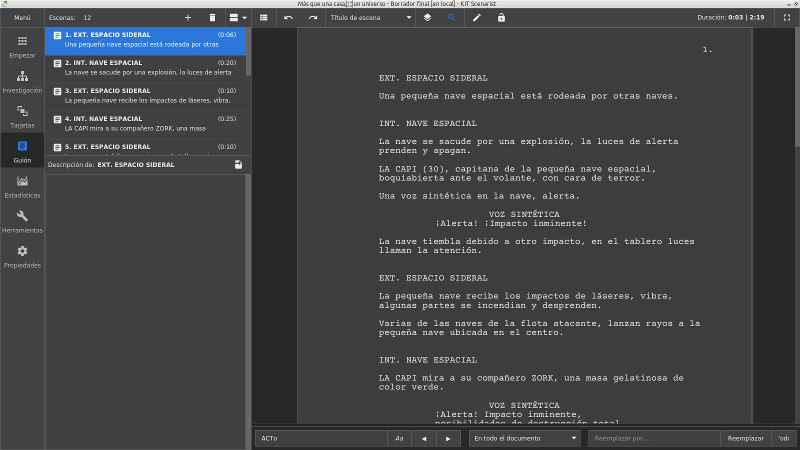 To write the Fountain usage script in gedit, but I am also testing KIT Scenarist that has an integrated editor and synchronizes with the cards. That I met him thanks to a Morevna Project article.

Another method of raising funds that this implementing is looking at Monero a cryptocurrency anyone with a computer can help me with this just need to follow 4 simple steps.

On science fiction day release a version of the nearly finished short some details are listed below the player I hope in the months I have the final version.